You can create your own guild through Officers in starting towns such as Bloody Ice, Desert Scream, Green Despair and Port Lux.

Once created you can check your guild information from the Guild Tab (shortcut key: G).

Should you face trouble inviting a member, here are a few possible reasons:

The possible group permissions are:

In addition to all the above permissions the guild master has the following permissions accessible from the "Guild Menu" button.

How to Disband a Guild[edit | edit source]

The current guild score and level is shown in the Guild Tab. 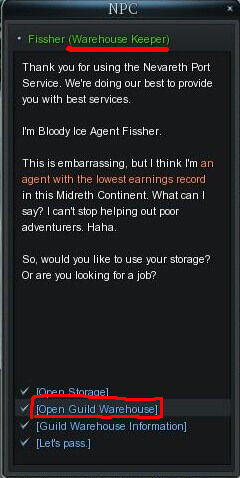 The Guild warehouse is available for Level 2 and higher guilds. 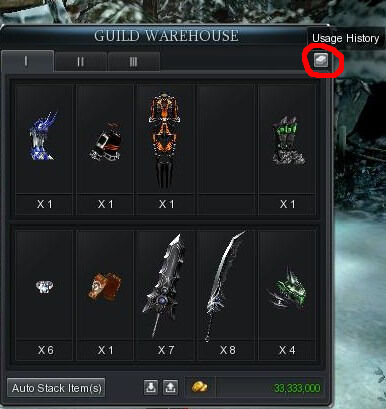 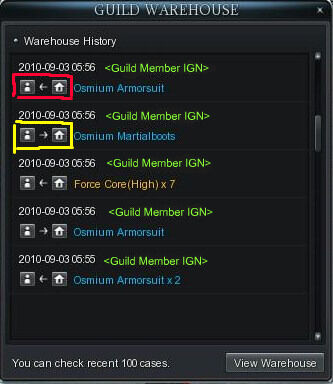